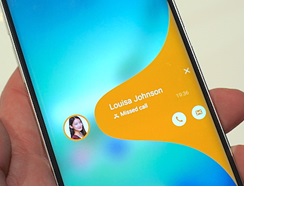 Samsung showcased the new Galaxy S6 at MWC in March 2015. Samsung has implemented almost all that consumers have been asking Samsung a long time for and more. It has added a unique feature only Samsung can pull-off at the moment – the curved edge display. We expect this will be the most successful Galaxy S model Samsung has launched so far, surpassing even the Galaxy S4.

The biggest change in the Galaxy S6 is the design and this applies to both the mechanical design and UI design. Samsung has finally made a change and this applied to their attitude which is actually more significant than it may seem. But the real winner is the Galaxy S 6 Edge which is a one-of-a-kind product. The Note Edge had the first curved P-OLED (plastic OLED) display but the implementation was poor and clumsy. Samsung has found a new way to make the experience with the curved display intriguing and enjoyable.

Galaxy S 6 and its Edge variation will take more share from other Android competitors rather than Apple. With the large screen iPhone, Apple has successfully retained its user base and also recaptured most of the previous iOS users who had defected to Android in pursuit of a larger screen experience.

The Galaxy S6 Edge will offer Samsung the ‘edge’ it needs to win back share in the premium segment and it will provide protection from the ‘Me too’ brands in Android for at least 6 months. It will also set a trend in the industry of metal unibody design and flexible OLED displays this year. Without a curved display it will be hard to gain any share in the premium market of the Android universe and without metal casing it will be difficult to gain share in the mid-tier market of Android in 2015.